Are you planting any vegetables this fall?

This time last year, I was so excited each morning to go out to the garden and see what wonderful goodness I could pick.  Whether it be tomatoes, peppers, cucumbers, zucchini, beans, there was always something waiting for me.

Yes, I did plant them … at least the tomatoes and peppers … from seeds no less!  My neighbor did the zucchini, squashes and cucumbers. She got a few cucumbers and a couple zucchini. Her veges, were full and green and had lots of flowers. That’s about it … just a few. I’m jealous … I didn’t even get that. 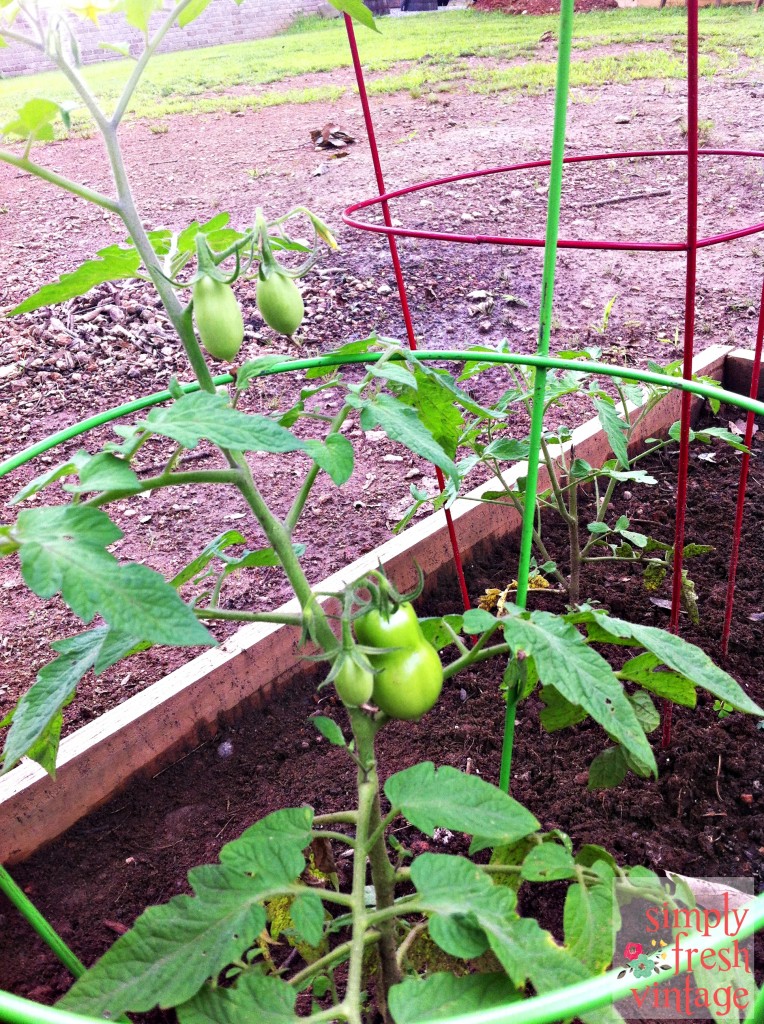 This was the best of the best of my tomato plants.  Bless their little hearts.  And to add insult to injury, some four-legged critter decided he just couldn’t wait for those cute little ‘matoes to grow and ripen and had them for a midnight snack.  He must have been good friends with the larger four-legged monster that came along and ate all the green apples off the tree.  Hmmm ……. 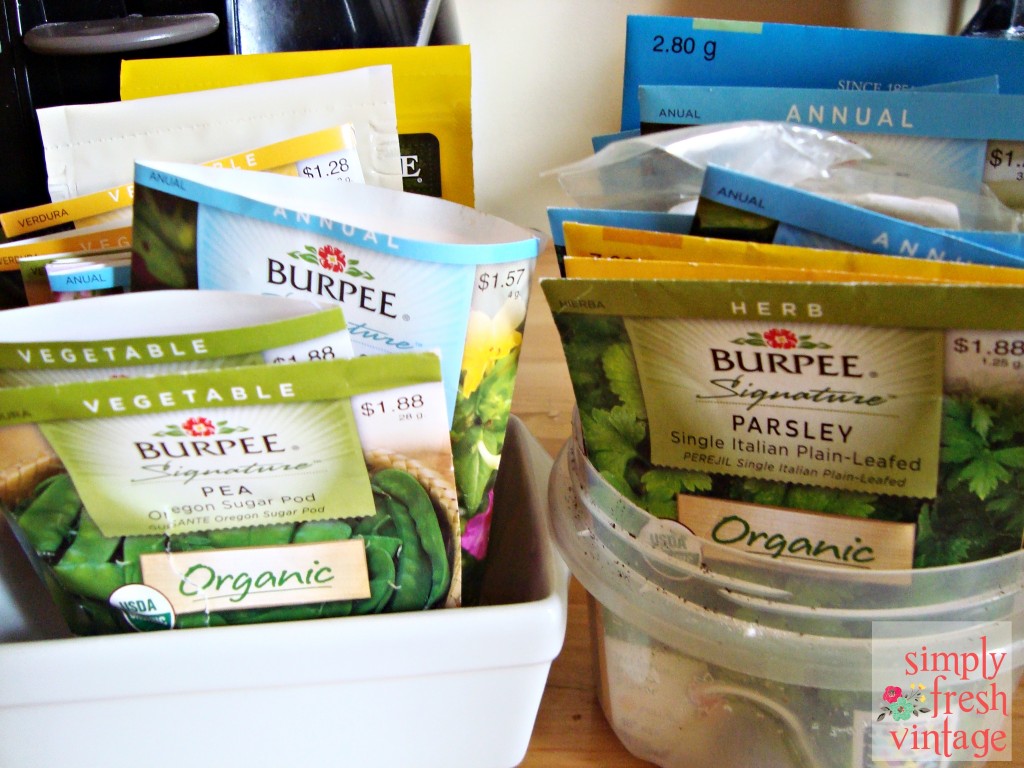 I thought, “Hmmm … I wonder if there’s anything in here worth planting in August?”
Not that our August is really looking like it will be a typical sunny, hot August.  Why start now?
Especially not when our trees are already getting that dull grayish green color and I’m already starting to see signs of Fall sneaking it’s way in.

But I did find something … nothing spectacular … but something. 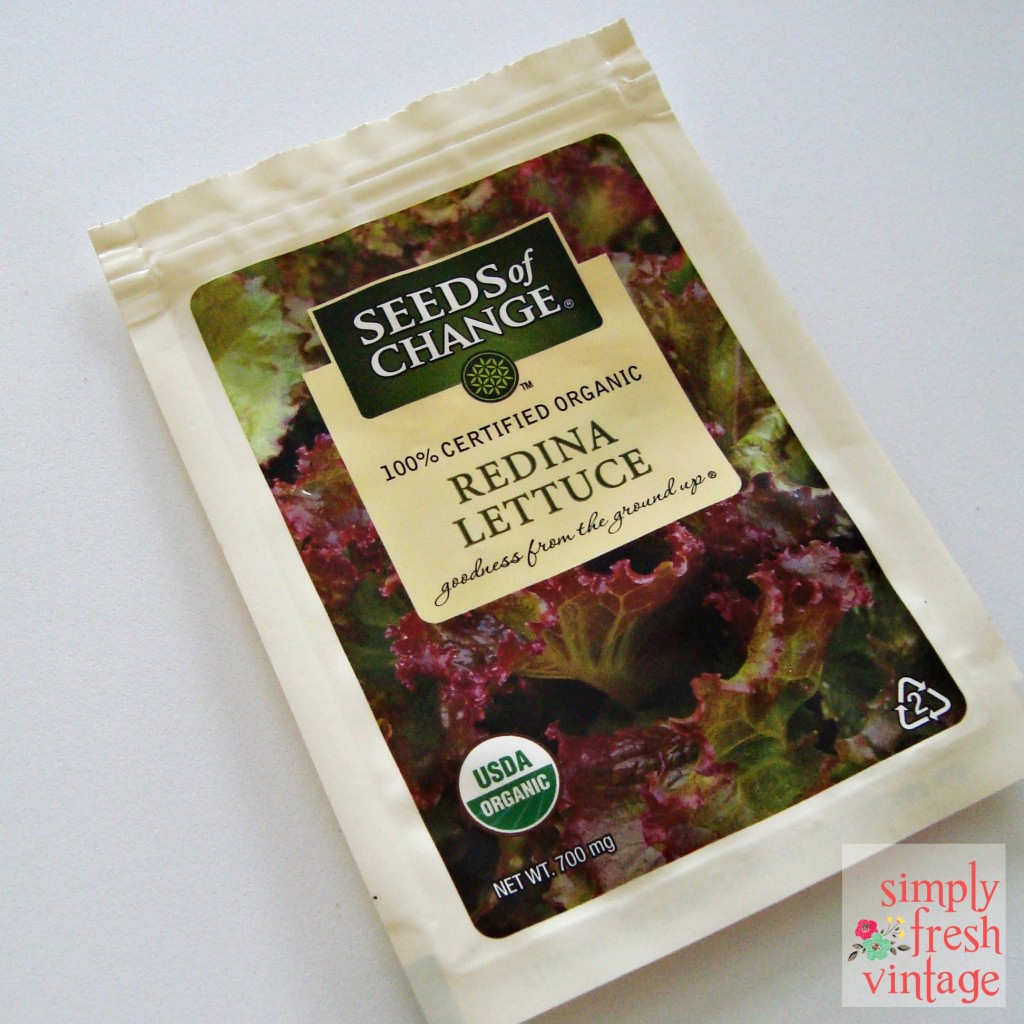 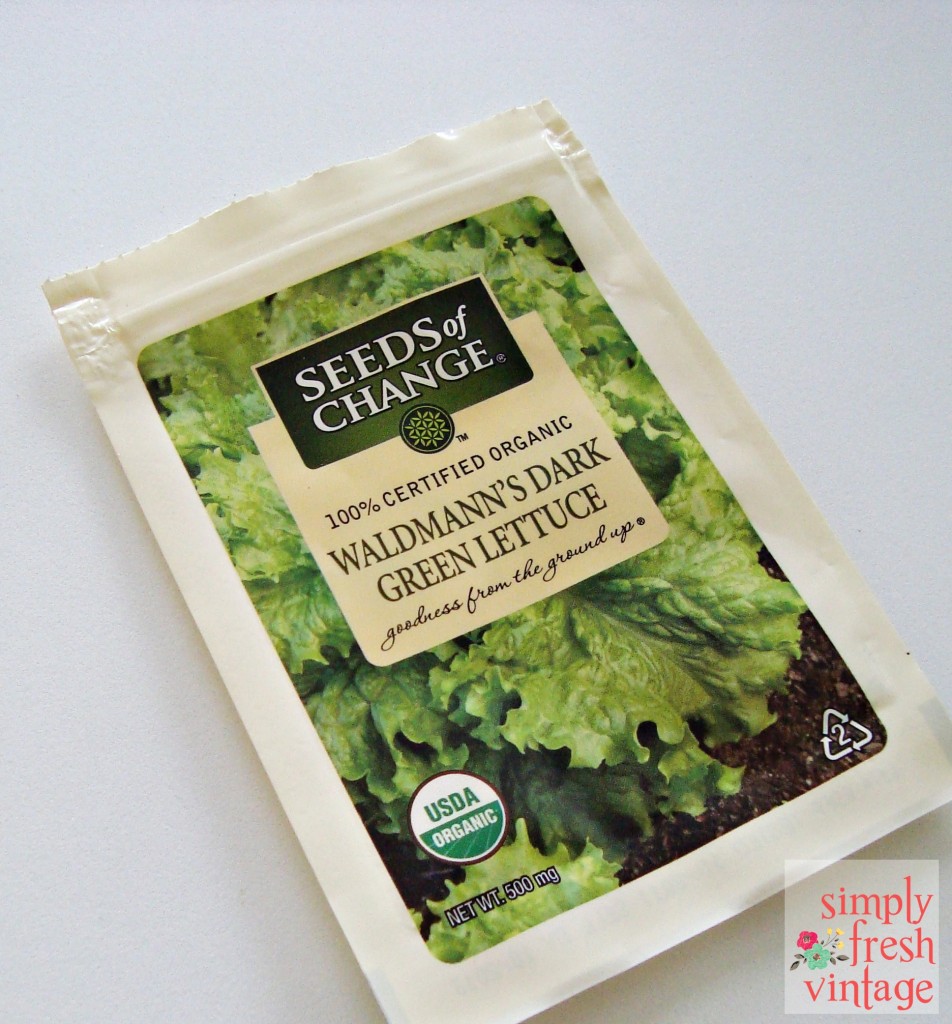 What’s the worst that could happen, right?
At least those seeds aren’t going to be stuck in an envelope, hoping, wondering what they would ever become.

So I thought since Plan Spring was a total failure, I’d do things a little bit differently this time around.

First off, I soaked the seeds.  I only intended to soak them for a few hours since they were so small, but interruptions got in the way and before I knew it, a couple of days later, not only had the seeds softened up, many of them had sprouted.  I’m hoping in hindsight this is a good thing since now I know which seeds were “good” and which weren’t.

I headed out to the garden, turned all the dirt in a couple of the raised beds, and pulled out a bunch of yucky hair-like root stuff.

I wasn’t completely satisfied that my dirt was up to snuff, so I mentioned to hubby that I was going to take a quick trip to Lowe’s to find something to add to the dirt.  Of course he couldn’t pass up a trip to Lowe’s, so off we went.

If only it were as simple as grabbing a bag of something and heading back home.
NOT EVEN!
There’s all kinds of colored bags filled with everything imaginable with the hope and promise of fast growing lush foliage and large, tasty fruits and vegetables.

We were pretty confident that we didn’t necessarily want anything “fancy” … just something basic.

And here’s where things started to get a little “testy.”

I chose to go with the recommendation of the garden department manager.  It’s what he uses in his garden and he loves it. 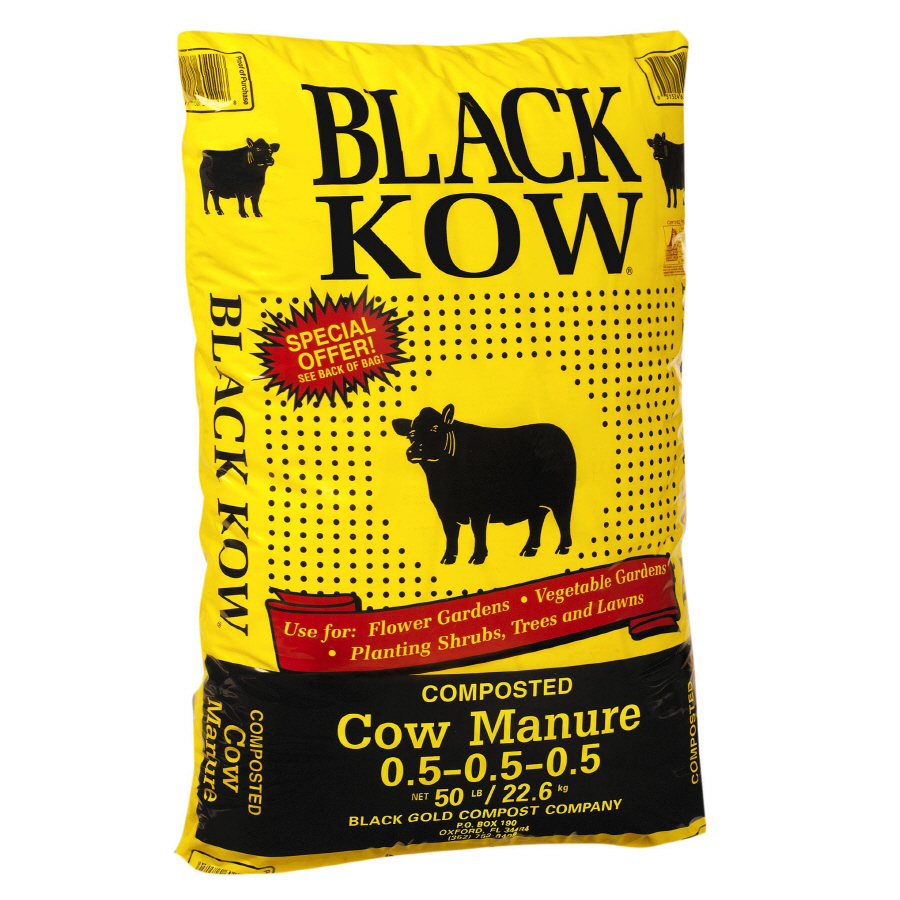 My sweet hubby, however, thought that it would be better to go with a different product.  One that contained chicken manure instead of cow manure. 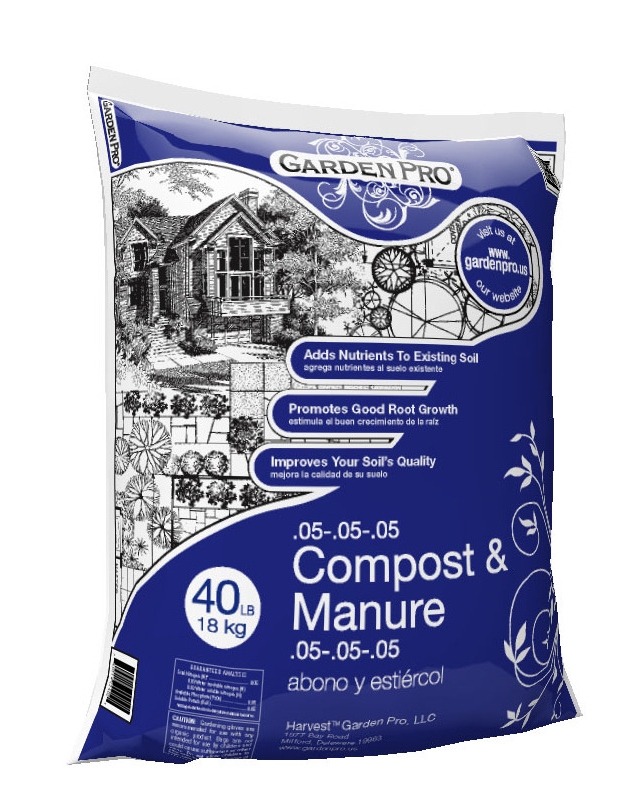 I then suggested we mix them.  Wrong suggestion, apparently. I got “the look.”

So we picked up a couple of each and drove home … silently.

As we unloaded these hefty bags from the car, my husband, in his sweetest “evil” voice, said, “I’ll take one raised bed, you take the other.  Divide the seeds, half ‘n half, and we’ll see whose “manure” reigns supreme!”

And so a “friendly” competition has ensued. 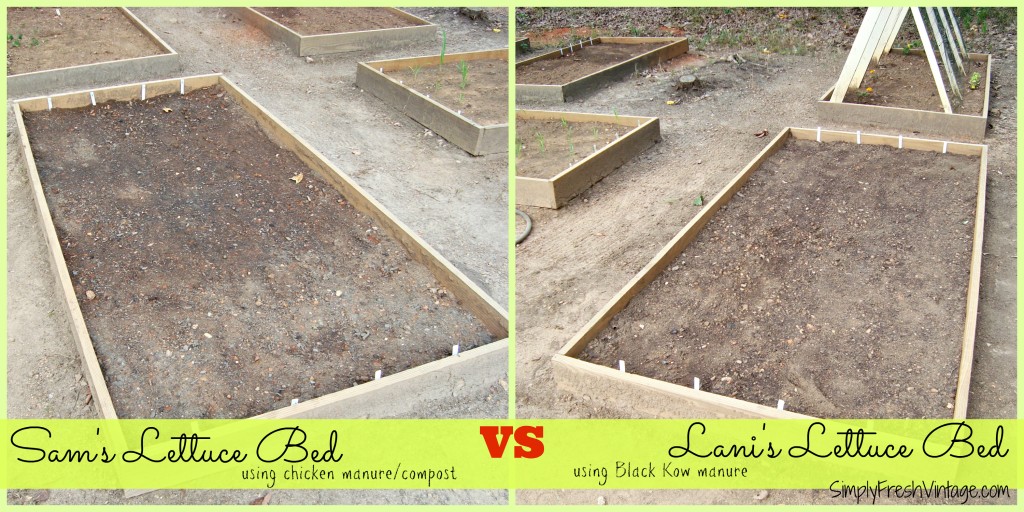 Okay my fellow gardeners, who do you think will win?

Will it be the Black Kow?

Or the Chicken Manure / Compost?